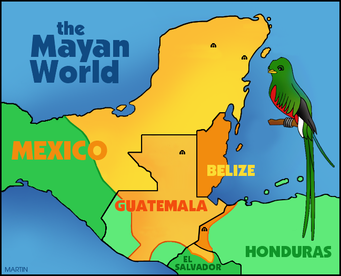 If you have ever wondered “where did the Mayans live?” you are not alone. In Mexico, many people still wonder that question. The Maya lived in small towns and villages, separated by short stone walls that served as property boundaries. Their homes were typically oval-shaped and consisted of only one room. In fact, women usually married around the age of 20 and men around the same age. Often, matchmakers planned their marriages. The father of the groom would give his blessing to his daughter’s new husband before the marriage took place.

The Mayan civilization reached its apogee during the Late Classic Period, when it expanded to more than 40 cities. Some of the largest Mayan cities were abandoned or destroyed because of a variety of reasons, including constant warfare between different city states. The reasons for this collapse are complex, but one thing is certain: it was a time of war, and the Mayans were no exception. They lived in the lowlands of the Yucatan Peninsula, the coastal plains of Guatemala, and the highlands of the Sierra Madre.

There are three main periods in Mayan history. In the Postclassic period, the Mayans dominated the region of Central America, trading with the Mesoamerican people living in central Mexico. These people were also responsible for the invention of writing systems, sports, and religions. In fact, they were a few hundred years ahead of their time. They were also great astronomers, which contributed to the accuracy of their calendar.