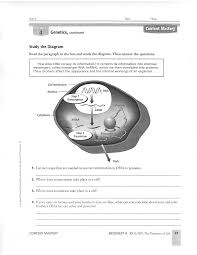 When a gene is translated into a protein, a methionine carrying tRNA finds a start codon on the mRNA strand. The next phase of translation is elongation, which yields a longer polypeptide chain. Methionine carrying tRNAs are found in a P site in the center of ribosomes. The next tRNA molecule binds to the exposed codon by complementary codon-anticodon pairing.

Translation begins in the nucleus, where mRNA is transcribed into a polypeptide. In eukaryotic cells, ribosomes bind to mRNA at a methylated cap, which corresponds to the start codon. They also bind to tRNA, which contains anticodons that match the start codon. The ribosome and tRNA form the initiation complex, which initiates the process of translation.

mRNA carries instructions to build proteins. Ribosomes read the mRNA sequence and bind it to tRNA. The ribosome reads the sequence of codons, which are three-letter nucleotide combinations that correspond to one of 20 different amino acids. Codons indicate when a ribosome should start building a protein and when it should stop. The amino acids then bond together, folding into a specific 3-D structure.