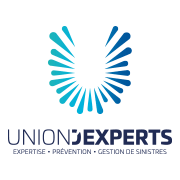 Unions help workers protect their interests. They can prevent employers from doing things that their co-workers do not like. For example, unions can ensure that employers pay fair wages and offer decent benefits. In some industries, unions can even force employers to hire enough employees to provide high-quality care. Individual workers simply cannot compete with this power. Without unions, employers can cut pay, eliminate benefits, and change working conditions. In many industries, the cost of hiring employees with unions is higher than hiring employees without unions.

Unions vary in their relationship with political parties. Many share leadership with a political party, which usually represents the interests of the working class. Social-democratic and socialist parties are two examples. Christian unions are a different type of union. In general, trade unions align with Democratic Party candidates, although some are also affiliated with Republican parties. The Professional Air Traffic Controllers Organization, for example, endorsed Republican Party candidate Ronald Reagan in the 1980 presidential election.

Unions have many benefits. Members get a pension, advanced training, and discounted programs. Dues are invested in the well-being of members and are publicly reported by unions. The government requires unions to file annual financial reports with the Department of Labor. These reports are public record, and the benefits are substantial. If you are wondering whether or not to join a union, consider all the benefits it offers you and your co-workers.