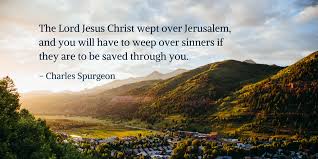 Why did Jesus weep? This is one of the easiest Bible verses to memorize, but the meaning behind it is complex. Jesus knew that death and suffering were inevitable, and as God in the flesh, he understood the pain and grief associated with them. And even though he was the one who would conquer death and save the world, his tears are the most compelling evidence of that fact. Here’s what we can deduce from his weeping.

Jesus knew that he was going to raise Lazarus. He is able to do this because he has power over death. And he knows that those who accept his invitation will live forever with him. When he weeps, Jesus is acting. His tears aren’t passive or emotionless; they are furious. His tears are a powerful reminder of the magnitude of his upcoming action.

In this time of persecution, Jesus was genuinely concerned for the people. His disciples had secured a white donkey and threw His clothes on it. He was riding into Jerusalem when He stopped to weep. The disciples were so moved by His sadness that they hurriedly fled the scene. Thankfully, the disciples had a white donkey to transport him in. During the long ride into Jerusalem, He cried.

Another reason for Jesus’ tears was that He was saddened at the loss of opportunity. The people of Jerusalem had refused to accept Him, and Jesus knew that they had failed to accept Him as Messiah. Their foolish decisions led to the crucifixion. However, He still loved them and waited patiently for them to accept His salvation. It’s a painful time in His life. If we can understand Jesus’ weeping, we can understand what drove His sorrow.