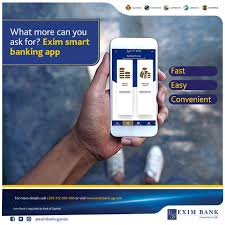 Google recently announced a new partnership with Stanford Federal Credit Union and Seattle Bank to offer digital “Plex” accounts through Google Pay. While Seattle Bank traditionally focused on high-net-worth individuals and complex accounts, Google is targeting technology-savvy millennials and Generation Z. In other words, they are targeting the future of banking. Whether Google’s new partnership with Seattle Bank is successful remains to be seen, but many consumers are excited to see what’s in store for the future of banking.

This partnership could change the face of payments. While consumers may engage with Google apps outside of the Google Play store, they have not yet connected the dots to their Google services. By partnering with two major banks, Google is testing the waters of its ecosystem and whether it will lead consumers to a primary paycheck. If consumers feel confident about their future with Google, they are more likely to use its services. If you want to hear about the partnership, stay tuned.

With the partnership, Deutsche Bank will overhaul its technical infrastructure in two phases. Both companies will gain access to Google’s artificial intelligence, which will help them improve their services while safeguarding customer data. The partnership will also help the bank’s customers by allowing them to use their accounts on a cloud-based platform. In addition to integrating Google’s cloud services, the bank is also planning to list some of its products on Google Cloud Marketplace. The move to the cloud will also provide Deutsche Bank with the flexibility and resilience of a fully managed environment. Furthermore, Google will also help the bank to implement security and compliance measures that will protect their data.