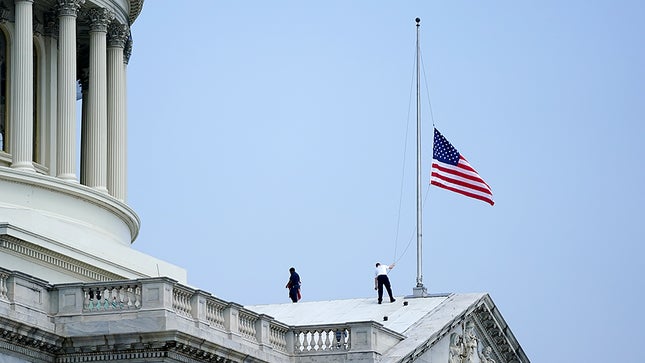 When is it appropriate to lower the flag? When is the flag lowered for mourning? In the USA, it is customary to lower the flag for 30 days after the death of a president or vice president, 10 days after the death of a Chief Justice, Speaker of the House, or Associate Justice of the Supreme Court. Flags at half-staff also honor a deceased Governor or Member of Congress.

The United States Flag Code specifically mentions the following occasions when it may be flown at half-staff: mourning, remembrance, or honor. Among these events is the death of a state official or a member of the armed forces. As such, the flag is not normally flown at half-mast on a holiday, such as the observance of a memorial service.

In honor of the late former Secretary of State Madeleine Albright, Governor Glenn Youngkin has ordered that U.S. flags be flown at half-mast from sunrise to sunset on March 17, 2022. This order was issued in response to President Joseph R. Biden’s proclamation. It is a fitting tribute to her courage and dedication to public service. If you’d like to join in the honoring, please consider attending a memorial service.