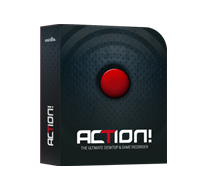 “Action” refers to any activity or event that requires a human being to move or take action. The term can mean a multitude of things. In Webster’s dictionary, action is “any activity in which parts of the body move or engage in a specific activity.” Examples of actions can be hand gestures, facial expressions, lip movements, or aerobic exercises. For example, an employee in an office setting is likely to be in an action-oriented environment; they might be reading, talking on the phone, or using their computer.

Actions can take many forms, and all involve the subject and the target. Whether or not the movement is intentional or accidental is entirely up to the individual. Sometimes, the “observable” part of an action is purely physical, and sometimes only involves mental effects. In any case, constituent movements may be continuous, parallel, or one-shot. Some actions have complex contexts, such as yardwork, cleaning the house, or stalking another person.