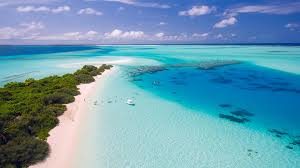 The total salt content and salinity of oceans aren’t constant, and the ratio of major constituents can vary from location to location. Many factors contribute to ocean saltiness, including circulation and mixing, density of ocean currents, wind action, water temperature, and solubility. Here are a few of the biggest causes. Molecular structure of ocean water is also a major factor. Molecular structure is the chemical composition of water molecules.

Rainwater contains small amounts of carbon dioxide, which tends to make it acidic. It also contains large amounts of minerals, such as magnesium and sulfates, which get carried by rivers into the ocean. Ocean salt is replenished by two processes at the ocean’s bottom: hydrothermal fluids from undersea volcanic eruptions and hot, saline water from hydrothermal vents on the seafloor. Seawater is also absorbed from soil, and carries minerals with it.

Another factor contributing to ocean saltiness is the presence of salt domes. These salt deposits are massive, subsurface deposits of salt that form over geological timescales. The ocean’s Northwestern Gulf of Mexico has many salt domes. These sediments erode rocks, extract salt, and become dissolved in ocean water. The ocean’s salt content is about seven times that of rivers. In addition to the oceans, salt domes also occur in lakes, streams, and rivers.

Non-seawater is not salty. It is made up of water vapour that condenses, flows across land surfaces, and enters oceans. Rainwater is slightly acidic, which helps erode rocks faster. Rainwater is also slightly salty, making it acidic. Rainwater carries salt from the land surface, and inland rivers deposit this salt into the oceans. However, in these other states, water and salt are incompatible.